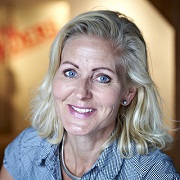 Marlene Wind is professor and the director of Centre for European Politics. Her research is among other things focused on the institutional changes and treaties of the European Union including Danish EU policymaking and the Danish opt-outs.  Her research emphasis has in recent years been on the interplay between law and politics in the European Union but also on politics and law from a more theoretical point of view. Which types of democracy are more prone to supranational regulation and how should the division of labour be between courts and parliaments in a democracy? Furthermore, her research has also focused on the role of national courts in the European integration process as well as the role of the ECJ. The tension between national sovereignty and supranational law was also in focus in her PhD from The European University Institute (EUI) in Florence. In addition, Marlene Wind’s research has focused on the freedom of movement in particular citizenship and the implementation of the citizenship directive, the single market as well as the discussion of EU’s legitimacy. Does the EU suffer from a democratic deficit or should this matter be seen as a problem to be solved within the member states? In a forthcoming article ‘In Deliberation We Trust’ she – together with Julie Hassing Nielsen – challenges the common held proposition that people actually want to deliberate in an experimental study. More recently she has been working on national and European immigration policies and the barriers hindering the attraction of highly skilled workers.

In the past 5-6 years Wind has been focusing on how different forms of democracy affect the willingness to further integrate and cooperate in international institutions. Marlene Wind distinguishes between ‘majoritarian democracy’, as is well known from the Nordic countries such as Denmark and ‘constitutional democracy’, which is largely common in rest of Europe. According to Marlene Wind ‘majoritarian democracy’ is characterized by viewing the majority in   parliament as almost without limits and thus as the ultimate and most legitimate authority in society. In these types of democracy judicial review is more or less banned and supranational law and courts accordingly looked at with great suspicion.  In ‘constitutional democracies’ on the other hand, judicial review with the legislative power is considered a very important democratic prerequisite. Marlene Wind’s thesis is that ‘majoritarian democracy’ fits very badly with the kind of democracy we find within the EU and the rest of Europe. She accordingly argues that the incongruence between Nordic and European concepts of democracy may explain at least parts of the EU skepticism we find in these quarters.In 2012 Marlene Wind together with Professor Mikael Rask Madsen and Professor Henrik Palmer Olsen received 42 million Danish Kroner from the Danish National Research Foundation to establish the new Centre of Excellence iCourts (see www.jura.ku.dk/icourts). The project will run over a time period of 6 years with the possibility of extension. Marlene Wind is managing the part of the project, which focuses on the national political legitimacy of international courts.

Finally, Marlene Wind participates actively in the Danish debate on EU matters and is often used as an EU-expert in various media. She is moreover an established columnist at the Danish national newspaper Politiken. Furthermore, Marlene Wind has received several prizes and acknowledgements for her ability to communicate with the wider public on European matter and also for her courage to engage in the sometimes sensitive debate on national sovereignty and European integration. She was also the first recipient of the prestigious ‘Tøger Seidenfaden prize’ handed over on 10 May 2012.

Together with Professor Miguel Maduro (EUI) and Joseph Weiler (New York University), Marlene Wind is currently working on an anthology with the title 'The Transformation of Europe: 20 years on ". In addition, Marlene Wind is involved with two major research projects at the EUI (European University Institute in Florence). The one project is led by Marlene Wind together with Professor Bruno de Witte and Juan Antonio Mayoral Diaz-Asensio is focused on the cooperation between national courts and the European Court of Justice. The second project deals with the implementation of EU rules in the Member States and is among others chaired by Professor Hans Micklitz. Furthermore, Marlene Wind is working together with Silvia Adamo from the Faculty of Law (Copenhagen University) on a project concerned with the Europeanization of Danish immigration and with Julie Hassing Nielsen on an article on Trust and Deliberation in the EU.  Finally, Marlene Wind is working on a new book with the title ’The Rule of law or the rule of politics? Challenging political constitutionalism in Europe and beyond’.